The War on Solar in Jacksonville 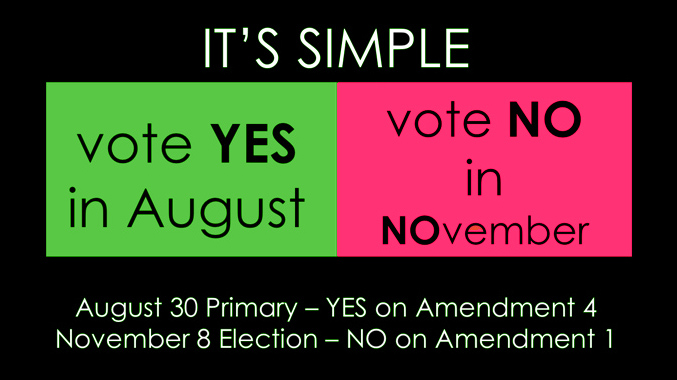 The War on Solar in Florida

One question almost every client asks after signing up for solar is “why don’t more people do this here in Florida? It seems like a no-brainer.”

The answer: politics and money.

Florida ranks third in the nation for potential rooftop solar output, yet comes in a dismal 16th in actual production.  “It defies logic,” says former Governor Charlie Christ. “It’s absolutely absurd.” Northeastern states like New York, New Jersey, and Massachusetts are ahead of the Sunshine State when it comes to rooftop solar, despite snow and cloud cover.

The utilities in Florida have waged a systemic campaign against rooftop solar because they view it as a threat to their monopoly on power. Investor-owned utilities (IOUs) rack up staggering profits from coal, gas, and nuclear power. They make money through infrastructure projects and rate increases, and to protect their profit margins, wield tremendous power in Tallahassee among our state lawmakers. “The power companies hold sway here, and the consumers are at their mercy,” said state representative Dwight Dudley, the ranking Democrat on the energy subcommittee in the Florida State House.

Florida Power and Light, which proposed a 24% rate hike to the Public Utilities Commission this year, generated $1.65 BILLION in PROFIT  last year for its shareholders. The oil and gas industries, which are heavily subsidized by the federal government, are pouring millions of dollars into Florida to thwart the growth of rooftop solar, aligning themselves with the utility companies.

Former Republican legislator Nancy Argenziano, who chaired the Public Utilities Commission until 2010 stated this: “The legislature is owned by utilities. To me, it’s extremely corrupt. The legislature takes millions from utilities, who make billions from the decisions of the PSC. They get what they pay for.”

Every year, the utilities spend millions of dollars on paid lobbyists to whisper in the ears of our legislators. They hold a carrot and a stick, because in addition to the money spent on lobbying, the utilities also spend millions each year on campaign contributions. Since 2007, utilities spent more than $12 million on lobbying, delivering an average of one lobbyist for every two legislators.

More money flows to legislators through PACs, funded by oil, coal, and natural gas interests.  Energy magnates the Koch Brothers funnel dollars through various shadowy organizations, where the dark money can be spent without public scrutiny in order to slow the growth of solar in Florida.

In a display of unparalleled greed and deception, the utilities responded to the grassroots campaign mounted by the Southern Alliance for Clean Energy by outspending them and counterattacking.

Vote No On One!

Last year, the Southern Alliance for Clean Energy assembled an impressive and diverse coalition of forces in an effort to make solar more viable in Florida. From Tea Party voices like Debbie Dooley, who helped to found the party, to green organizations like the Sierra Club, the SACE sought to place an initiative on the ballot that would protect rooftop solar in the sunshine state.

The utilities redoubled their efforts, and introduced an initiative of their own. Slickly marketed and blatantly deceptive, the “smart solar” amendment gives more power to the utilities, masquerading as a “green” initiative, while being funded by dirty coal. Investor-owned utilities spent $4 million on the campaign. 60 Plus, a seniors group which got more than $15 million from the Koch donor network, ponied up more than $1 million. They confused petition-signers and even adopted similar language to that of the SACE campaign, ending with deceptive wording which will ultimately appear on the ballot in November.

Should the amendment pass, the utilities will have free reign to hit solar customers with high fees, monthly charges, and up-front costs. And that is exactly what they will do.

One manipulative argument from the utilities is that solar customers are unfairly subsidized by those who do not have solar, and that this results in an unfair tax upon low-income families.

This is part of the bait-and-switch campaign the utilities have waged in Florida and in other parts of the country.

First of all, the energy produced from oil, natural gas, and pet-coke is already heavily subsidized by the federal government.  The utilities begin with an unfair advantage, and ignore the fact that the energy they produce would cost more if the playing field were level.

Second, the value of energy from rooftop solar gets devalued by the utilities. A recent study by Arizona’s largest utility found that the value of solar is actually 50% more than the costs associated with it. When homeowners install solar on their roof, they are paying for the cost of the panels, not the utility. The excess power that flows back into the grid comes with no other hidden costs like power-plant upgrades, disposal fees, shipping costs, and environmental upgrades. Furthermore, the increased power leads to greater capacity for the utility, including peak usage times. Finally, rooftop solar leads to greater grid security in the event of an outage.

Subsidies for solar are dwarfed by those for oil and natural gas, which reveals that the argument made by utilities is a bold-faced lie. If utilities were so concerned about the welfare of their customers, they wouldn’t be posting billions in profits, doling out huge bonuses to executives, and increasing rates for everyone.

Utilities must come to grips with the fact that a business model formed a century ago is outdated now, and face the fact that over the next 50 years, renewable energy will change the paradigm of monopoly.  In Florida, solar has suffered from the political attacks waged largely by conservatives who are in the pockets of utilities, but that perception is changing rapidly. Many conservatives are shifting their attitudes toward solar, not out of concern for the environment, but because solar gives citizens the ability to become energy independent, and because it is a sound financial investment.

Rooftop solar is a choice many people make to invest in their future, and we should have the freedom to exercise that choice. The oil companies and utilities don’t want you to be able to choose to go solar because they are afraid to lose their monopoly.