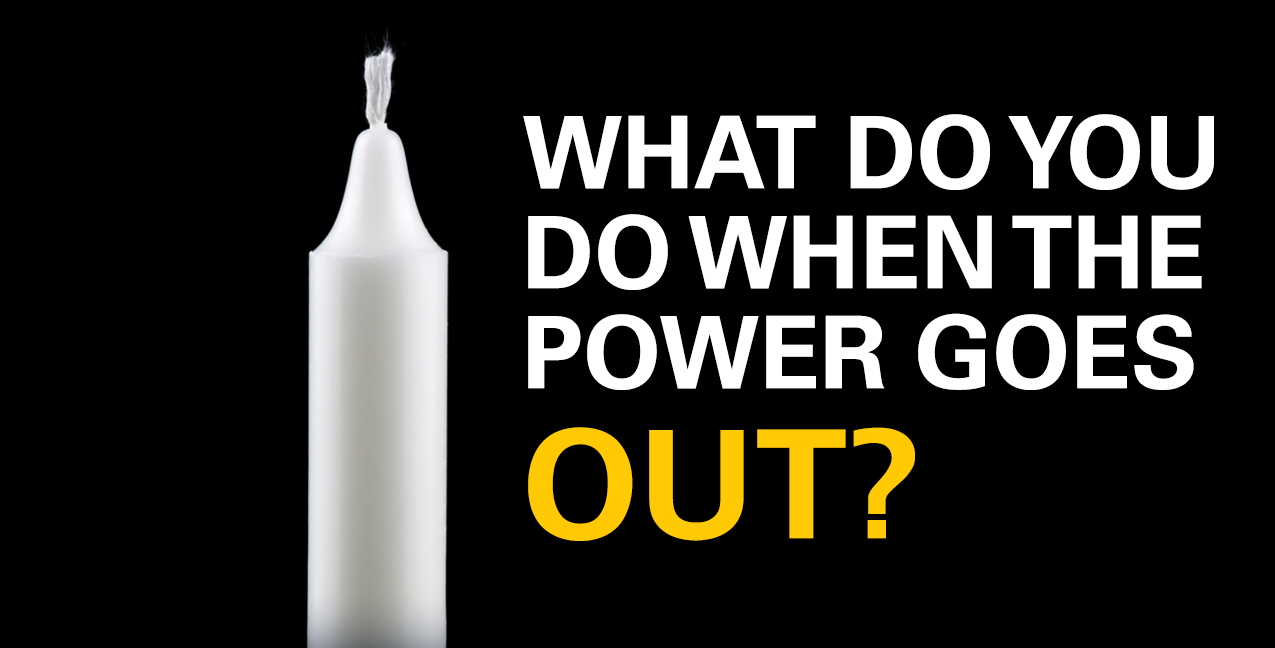 When the Grid Goes Down… Are You Prepared?

The world these days is a scary place. Global pandemic, potential nuclear conflicts with Russia, China, Iran, and North Korea, wildfires in California and Australia, and talk of civil unrest in the wake of upcoming elections are in the news every day. On top of that, here in Northeast Florida, we are under threat every year from hurricanes that seem to intensify every year. What happens when the grid goes down?

Most Floridians have weathered hurricanes and endured a few days without electricity. It’s hot, sweaty, and smelly. The food in the refrigerator goes bad. The air hangs stale and damp and the fans don’t spin, the lights don’t shine, and the internet is off. No television, no radio, often no water. Gas stations can’t pump gasoline, stores can’t take credit cards and most of them are closed anyway. The roads are snarled with downed trees and power lines.

An outage lasting longer than a few days would be almost unbearable.

Residents would be forced to leave the area, leaving their homes and belongings susceptible to the inevitable looting that would follow, a veritable all you can steal buffet for the desperate and the deadly.

If you already have a solar system installed, the next step is to add battery storage. If you don’t have solar on your home yet, you can add a PV system and a battery together, or you may opt for a whole-house generator.

Battery storage technology has improved exponentially over recent years, resulting in lower prices and increased storage capacity. During the peak sun hours, your solar array typically produces more electricity than you consume. That excess power will flow to the battery first, and then once the battery is fully charged, further power flows back to the grid. At night, when your solar array is no longer producing power, you will draw from the battery first, and when it has fully discharged, pull from the grid.

When the grid goes down, if you have a battery backup system and solar, your home has power. During the daytime, your solar array meets the energy needs of the house, with the excess stored in the battery. At night, you draw from the battery, and the next morning when the sun comes up, the process starts all over again.

A1A Solar currently offers several battery options, and will customize a system for your individual needs and goals. Currently, the following are the most popular battery options:

Tesla Powerwall 2.0: The Tesla Powerwall 2.0 is sleek, smart, and strong. The Powerwall is designed to be stacked; Tesla recommends a minimum of two be installed. Two Tesla Powerwalls provide 27kWh of storage, 10,000 Watts of continuous power, 14,000 Watts of peak power. The battery is lithium-ion, and liquid cooled. This is an AC battery and will work with either string inverters or micro-inverters. The software, hardware, and monitoring are state of the art, and the interface is user-friendly. The Powerwall is compatible with SunPower panels and is inverter-agnostic. Following Tesla’s recommendations, A1A Solar installs a minimum of two Powerwalls, which for most homes, will allow the air conditioner to run during the daytime. With two Powerwalls, a protected load panel is usually not necessary. Two Powerwalls offer the most power and storage for the best price, when compared to other batteries currently on the market.

Generac PWRcell: Generac is a venerated brand, with 75% of standby power generation in the United States, based on their line of generators. Generac is challenging Tesla and other battery manufacturers with the introduction of the PWRcell. Generac bought out PIKA and has reengineered the battery based upon that platform. The PWRcell is a DC-coupled battery. This means that there is less loss of efficiency, as the battery utilizes an internal inverter with optimizers. It’s not advisable to retrofit a Generac PWRcell to and existing PV array for this reason. In the coming months, Generac intends to upgrade the software in the battery to allow a Generac generator to work in conjunction with the solar array and the battery. For new PV clients who want robust, extended off-grid capability, this will be a good option.

LG Chem: This battery comes in at a slightly lower price-point but is significantly limited in its power and performance. This battery is limited to three circuits and requires a critical load panel. The reduced power and storage when compared to the Tesla Powerwall eliminate this battery from our list.

Sonnen: If you want the Cadillac of whole-home battery systems, you’ll want sonnenBatterie, a German company, which helped to forge the market for lithium-ion batteries. The Sonnen is a robust system that can back up almost any home. You’ll still need to stack multiple Tesla Powerwalls for the largest of homes, but sonnenBatterie is a great fit for most homes. Unfortunately, they’re very expensive and have priced them out of the market, in most situations. The Sonnen ECO-16 is an AC coupled system with built in inverter, designed for interior use. 8kW of continuous power 10KW peak power. The third generation of Sonnen batterie includes an EC0 20, but it still has only an 8kW inverter.

Enphase Ensemble: Enphase manufactures the industry-standard micro-inverter. Their current offerings for battery-storage are focused on grid-up batteries. In Northeast Florida, these batteries do not make sense because they have limited storage and power. The new Enphase Encharge battery is a scalable system. The Encharge 10 contains three batteries, each able to store 3.36kWh, and twelve IQ-8 inverters. 3.84 W of continuous total power, 5.76 peak power. 10 kWh total storage.