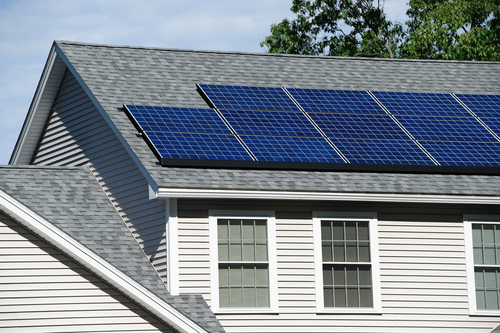 To someone unfamiliar with a solar energy system, it seems to consist only of solar panels mounted on a roof or a ground-based device. However, there’s a lot more going under the hood of a solar energy system. A solar energy system consists of the panels, the mounting system, and a part that converts solar energy into usable energy. There’s also wiring and a fuse box to transfer the energy to your home, a connection to a power meter, and an emergency disconnect switch.

The first and most fundamental part of a solar energy system is the solar panels themselves. These devices, which often have silicone cells as their primary material, gather the solar energy in order to start the process. Without the actual panels, nothing could ever happen.

Brackets attach the solar panels to either the roof or the ground. You should mount the panels at the best angle to get sunlight in order to optimize the amount of energy gained from the system.

Some solar energy systems use tracking mounts. These mounts move during the day in order to ensure the panels are getting the most sunlight. You can also move them by hand, however, it’s much easier to let a tracking mount do it automatically.

Once the panels are set up, there needs to be a way to convert the solar energy into usable power. That’s where a DC-to-AC inverter comes in. This device converts the sunlight into energy that works with power grids. This part tends to fail first in a solar panel setup, so it’s important to check on it often, and get one that will last.

A fuse box and the appropriate wiring help connect the system to your power grid and home.

A solar energy system must have a disconnect switch. This quickly shuts down a power system in case of an emergency.

A power meter measures how much your system is contributing to the power grid. We recommend that you get a digital power meter because it’s generally more accurate than a mechanical meter.