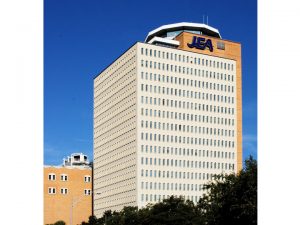 Thomas Jefferson said “the sheep are happier left to themselves, than under the care of the wolves.” As the Jacksonville Electric Authority eyes proposed changes to regulations for roof-top solar, this public utility must decide what sort of entity it is: will it build community, which is its motto, or destroy it. At the recent board meeting held on the 18th floor of the JEA tower, the board listened patiently to members of the Jacksonville business community and concerned citizens. Let’s hope they actually heard.

What is the plan?
In broad terms, JEA is planning to launch a new policy, SolarSmart, which substantially changes current policy. Under this plan, JEA would reduce the buyback rate for grid-tied solar by 36%, taking the current rate of about $0.11 per KWH down to $0.07 per KWH. In addition, JEA would build ‘solar farms’ to add an additional 38 MWH; customers would have the option to purchase solar energy produced by JEA at a premium of $.075 per KWH (making the total price of JEA-produced solar power $.195 per KWH, well above the $0.11 per KWH customers currently pay)

Profiteering
The singular argument that utilities use to justify anti-rooftop solar policies is that solar ratepayers are subsidized by non-solar. This has been refuted over and over again all over the country. Not only is it false, in fact, the exact opposite is true.  While it is true that the utility is losing some revenue stream, this loss is more than made up in reduced expenditure-in fact, there is actually a net-gain due to things like zero fuel costs, no line loss, no debt service, and several other factors. JEA closely tracks credits to solar customers for back-fed solar, but does not seem to place any value for that same KWH sold to the house next door. It is unacceptable that JEA would like to generate its own solar power and charge ratepayers a premium for it, but also to claim that identical power produced by rooftop solar is worth less. Essentially, they’re planning to excessively profit from both types of solar customers.

Hostile Takeover
Rooftop solar accounts for only a tiny fraction of the total energy mix in Jacksonville (less than 1%). The changes JEA is planning to enact are unnecessary and draconian; they’re designed to and would result in essentially the end of rooftop solar in Jacksonville. If these proposed changes go into effect, JEA will have quietly committed the hostile takeover of solar in its service area. Public-owned utilities aren’t supposed to behave this way. In Nevada, something similar has occurred; Nevada Energy, which is owned by Berkshire Hathaway, has destroyed the economics of roof-top solar overnight with the stroke of a pen. The public outcry has been national news for weeks. JEA is Florida’s largest municipal utility; surely, as Mike Antheil, Executive Director of Florida Solar Energy Industries Association said, “There are more than just the eyes of the people in this room [on JEA].

Impacts
Real people with real jobs will be put out of work by these proposed changes. The economic ripples will wash over families and the community.  Can a company with the motto “building community,” move forward with a plan which will actively destroy lives and strangle an entire sector of that very community? Ironically, should this policy pass, it will leave Jacksonville a less attractive option to new business and will hinder our city’s growth, which equates to the hindrance of JEA’s growth, too.

Perception
Renewable energy is the future, and Jacksonville would like to define itself as a forward-thinking, vibrant city of tomorrow, rather than the slightly smelly backwater the name conjured in years past, where folks are set in their ways and change is seen as a threat. We are better than that, we are on our way to becoming vibrant, diverse, and truly metropolitan. Our city needs to attract more businesses, more intellect, and the energy of youth. This proposal is a step backwards in every way for this great city, for these changes will stifle growth and stain the community with small-mindedness, provinciality, and stagnation.

Conclusion
Reducing CO2 emissions is a global priority. In the first ever universal global climate deal, the Paris Agreement from 2015 outlines a global action plan to avoid dangerous climate change. Solar energy is one of the cleanest energy sources available. It’s clear that people overwhelmingly support solar here in Jacksonville and the rest of the world. Almost daily we hear how quickly the solar industry is growing, how much new solar is installed throughout the country and the world, and how dirty, nonrenewable fossil fuels are becoming a thing of the past. We need to be part of the solution, not further the problem.

Our citizens want solar. This proposal from JEA runs counter to the will of the people it is chartered to serve. So call your congressman, write the Mayor’s office, bug your city councilman, and let them know that you think these changes are unfair.  Beat back the wolf.