What do we want? SOLAR ROOFS! When do we want them? NOW!

Last month, Tesla shareholders approved the two-billion dollar acquisition of Solar City, the nation’s largest player in the solar industry. Solar City will now operate as a wholly-owned subsidiary of Tesla. Following this acquisition, visionary entrepreneur Elon Musk rolled out two tantalizing surprises: Solar roofs, and the new Powerwall 2.0. What does this mean for Floridians who are making the switch to solar?

A1A Solar Contracting has partnered with Tesla as an authorized installer of its charging stations, and we are intrigued by these new product roll-outs. Clients are already inquiring about the solar roofs, and wondering whether they should wait to install traditional PV solar arrays, holding out for the new product line promised by Tesla. The answer is no, and here’s why.

The solar roofs will be pricey. Despite initial claims from Musk that they will cost less than a traditional roof, according to Bloomberg, the solar shingles will cost twenty times more than asphalt shingles, without including the significant price of installation. There aren’t many roofers out there who will be savvy enough to handle the solar and electric components of the roofs.

Tesla anticipates that because the solar shingles weigh far less than traditional shingles, the decreased shipping cost will make their prices competitive with high-end roofing materials. So, if your roof is going to cost upwards of $70,000, then the economics start to make sense. The solar shingles come in four distinct styles: Tuscan Glass, Slate Glass, Textured Glass, and Smooth Glass.

The roof looks incredibly cool, but the price is definitely out of range for the average homeowner, who will invest roughly $12,000- $15,000 on a standard thirty-year roof. In today’s dollars, it is far more cost-effective for homeowners in Florida to install a new traditional roof and add a PV array.

Tesla predicts a “slow-rollout” at the end of 2017. This likely means that orders may start to ship in California and the Southwest, where Solar City maintains a robust presence. In our area, Solar City does not have an office, since this area does not offer some of the incentives for net- metering that other parts of the country do.

It’s highly unlikely, therefore, that the solar roofs will actually be available in North Florida anytime soon. In fact, unless either SolarCity decides to offer the shingles as a wholesale product or the shingles are otherwise manufactured for resale, no one except SolarCity will even have access to the product.

Another factor for homeowners to consider is that the utilities won’t give up on their long-term desire to thwart the growth of rooftop solar in Florida. A consumer who waits five years to install PV on their roof because they’re holding out for the sleek solar shingles my find that the economics have shifted by then, and that because the rate structure has been altered, the solar roofs aren’t nearly as appealing. Meanwhile, they will have missed out on saving thousands of dollars every year, and increasing the value of their home.

The bottom line is that while we embrace this new technology, it’s not ready in Florida yet and we really don’t see it becoming available anytime soon. It doesn’t make financial sense to delay getting PV in the hopes that the rollout comes to Northeast Florida within the next few years. 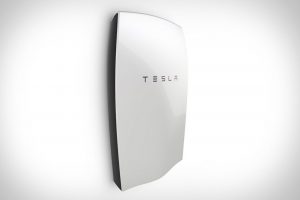 We were so excited with the announcement and anticipation of first version of the Tesla Powerwall, but definitely disappointed with the somewhat flawed end product. The upgraded version, however, appears to be much more robust, with 14 KWh of storage, and a surprisingly low price point. While the first Powerwall was not designed for grid- down scenarios, the newer lithium-ion battery will allow consumers to power most of their homes even when the grid goes down.

At A1A Solar, we look forward to working with Tesla to bring this new product to the market as it becomes available, and the Solar Edge inverters we use on the PV arrays we install are compatible with the Powerwall. The new batteries are slated for release in limited markets in early 2017.

The premium sonnenBatterie that A1A Solar offers now is flexible and powerful, and for consumers interested in the ability to maintain their lifestyle when the grid goes down, this product is unsurpassed, with over 12,000 installs in Europe, and a growing market here in the United States.

Overall, we are thrilled by these emerging technologies and the opportunities they will represent in the future for our clients over the coming decades. BUT….PV solar is a mature technology now, and there’s no reason to delay going solar now. You’ll start saving money as soon as your system comes online, and can look forward to a tremendous return on your investment for years to come.