While solar industry jobs decrease around the country, they’re increasing in Florida 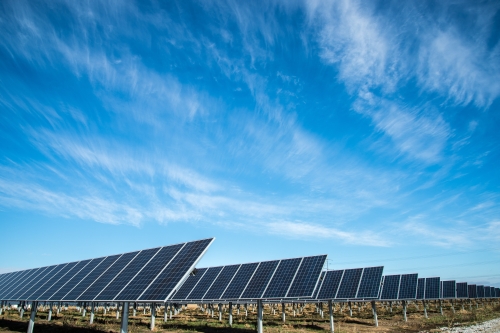 While solar industry jobs decrease around the country, they’re increasing in Florida

Floridians love a hot summer day. “Sunny and 75” is a motto we know and love. When the weather reaches 50 degrees, we’re reaching for our winter coats. So, solar power seems like a no-brainer to meet the energy needs of any Floridian. In the last year, there has been a significant increase in solar industry jobs in Florida due to a high demand for solar energy systems. Across the rest of the nation, however, solar industry jobs last year decreased. The U.S. as a whole shows a 3.2 percent decrease in solar industry jobs, whereas the number of jobs in Florida have increased by 21 percent. The Solar Foundation believes that the decline in jobs in the U.S. came from a pause in work due to a petition about new tariffs on solar panels and cells. However, in spite of that petition, Florida is seeing more high-profile solar projects.

Florida is now in second place for states with the highest number of solar industry jobs, with 10,358 people employed in the solar energy industry. California is first, with 76,838 people working in solar-related jobs.

Statisticians predict solar industry jobs will continue to increase in Florida over the next few years. JEA has planned for five new solar facilities by 2022, and it plans to increase its solar capacity from 39 megawatts to 289 megawatts by that time. JinkoSolar will employ 200 people at its new plant at Cecil Commerce Center. Another solar employer is Florida Power and Light Co., which has 18 plants in Florida.